As part of CKUT’s 30th Anniversary festivities we hosted a panel on the evolution of CKUT’s News Department.  CKUT has covered issues from street level emphasizing the voices of those not heard in mainstream media, namely those affected by the policies, regulations and political decisions.  In this panel past Community News Coordinators, Gretchen King, Aaron Lakoff and Courtney Kirkby recount the numerous ways their department covered the prevalent news items of the times.  The panel took place at the Anarchist Bookfair in Montreal.

CKUT intern Eve Fiertag looks at experimenting with the radio on the radio for this time capsule installment.  She speaks to ex CKUT Music Coordinator and Production Coordinator Christof Migone who participated at CKUT from 1987 – 92.  He also hosted the radio show “Dangers In Paradise” which he described as anything other than college rock.  He collaborated with Julia Loktev on a show called Body Map where they took the island of Montreal and imagined it as a reclining body and got people to call in so they could let them know what part of the body they were situated in.  He also collaborated with Margo Lane (also interviewed in this series) called Margo’s Intense Listening Corner. 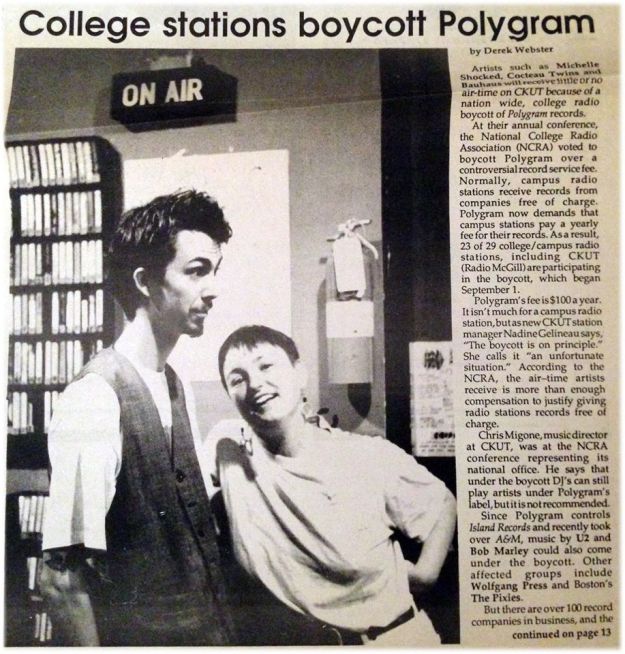 As production coordinator he trained and motivated volunteers to create with sound and open up the possibilities of radio.